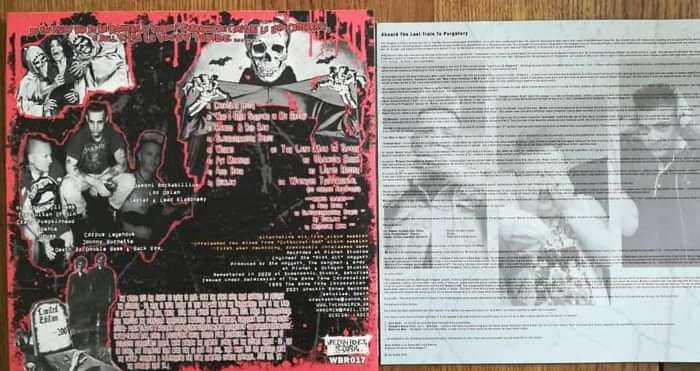 A copy of Last Train To Purgatory plus reproduction zine with added features, reviews, flyers, photos etc. (not pictured). 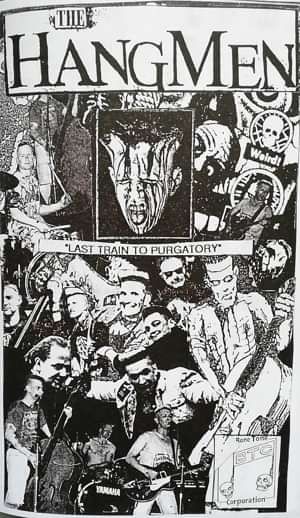 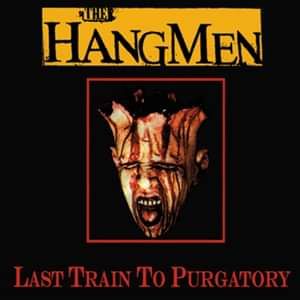 "The CD track-list was unfathomable since some tracks could only be accessed via the previous one, or were even split in two and scattered. Artificial crackles were added in places to make it sound like a badly worn vinyl record. Outlandish interludes - a premature burial, an apocalyptic news bulletin from a station identified as ‘K.I.L.L Radio’, a recital from a book of Voodoo – leapt out inexplicably. All served to plunge the already volatile horror-tinged chaos into a mentally unhinged spiral. With no pretentions to any rationality the sleeve notes were as deranged as the audio captured within, and in stark contrast to their cartooning contemporaries the front cover graphically redefined ‘Psychobilly’ fans’ trademark flat top hairstyle as a fatal head injury. What can truly be said about ‘The Last Train To Purgatory’ is that everything about it was off the rails".