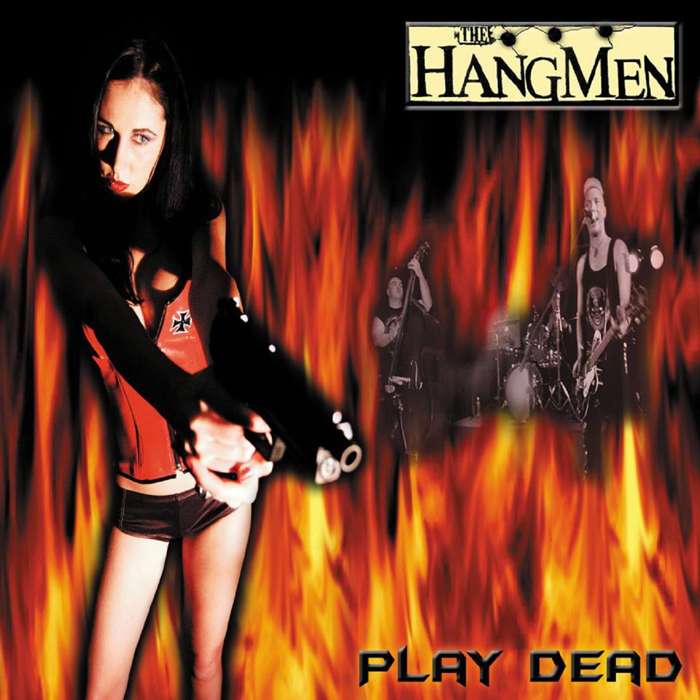 If you have a refined ear and appreciation for intricate music, put this album down immediately and proceed to the Karaoke-Nicey-Nicey-Pop-Stars section. Or the Technical-Trickery-and-Studious-Attention-to-Detail-Band department. If however you like the cacophony of a demented graveyard gang that sweats, pisses and bleeds real primeval rock and a-roll - you are on your way to the promised land.

The Hangmen, as you may have been lucky or equally unlucky to experience, are past masters at this game. Over a decade of careering into halls and bars across the globe and raving themselves into fits on stage has earned them acclaim and bewilderment alike. They've crafted their own output to their own ends, customised each tune and arrangement to their own hi-octane thrill. Sure they probably got 'something to say' too, but they're too far gone now to remember what it is. It's a band that exists to play, to blow gaskets, to strangle and batter their instruments until the bitter end, and on that score a live set as contained herein is the cutting edge of The Hangmens guillotine. They just don't make 'em like this anymore, if indeed they ever did.

Here they are at their blood curdling best, a shuddering hysterical mess of energy and noise - as catchy as any plague and as berserk as it gets. A volatile set of crazed tunes culled from all five of their studio albums but delivered live and raw as nature intended. The old, new, borrowed and black & blue fired into the world we know with no concern for their safety or survival. Just as it's been all along in nameless sweatpits encountered along endless roads on countless occasions.

Sling this into your noise machine and crank the volume unbearably high. Add some buckets of sweat, spit and beer. Launch yourself in all directions ricocheting blindly off who or whatever your surroundings may be, then you will step into The Hangmens darkness and see the light.